Notions of the impending climate crisis have pushed a set of highly contested techno-scientific measures onto policy agendas around the world. Suggestions to deliberately alter, to engineer, the Earth’s climate have gained political currency in recent years not as a positive vision of techno-scientific innovation, but as a daunting measure of last resort. The controversial status of various so-called climate engineering proposals raises a simple, yet pressing question: How has it has come to this? And, more specifically, how did such contested measures earn their place on policy agendas, despite enormous scientific complexities and fierce political contestation?

Global societal problems, such as climate change, financial crises, or pandemics have brought the political relevance of scientific expertise to the foreground. This book speaks to scholarship in sociology and science studies, seeking to illuminate the essential entanglements between efforts to understand and efforts to govern such problems. By giving climate engineering a life of its own and following its dynamic trajectory as a contested object of expert work, this book sheds light on the reflexive and historically contingent interplay of science and politics as two distinct, yet increasingly interdependent, realms of society. The text disentangles the complex web of scientific inquiry and policy making — of experts and politicians, observational devices and expert infrastructures — that have given climate engineering its particular shape over the years, challenging us to fundamentally rethink our understanding of the relationship between science and politics.

Julia Schubert is a sociologist, exploring interrelations between science and politics. She examines how scientific expertise shapes political realities and how political realities, in turn, determine scientific research topics, cultures, and methods. Julia holds a PhD from the University of Bonn. She is currently a postdoctoral researcher at Speyer University, as well as a junior fellow at Bielefeld University’s Institute for Advanced Study (ZiF) and a member of Brown University’s Climate Social Science Network (CSSN). 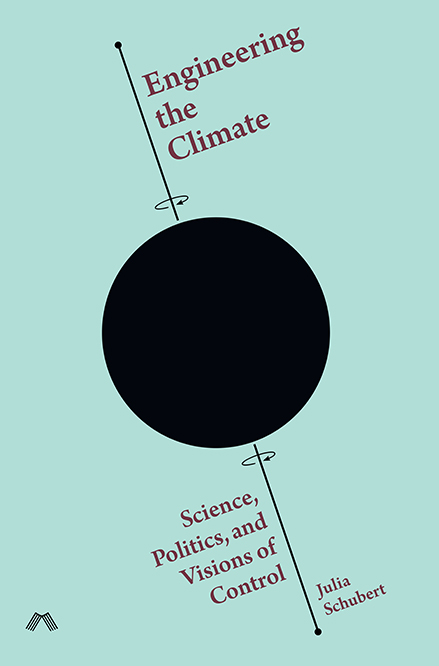