In the context of accelerating environmental crises and exhausted intellectual paradigms, this book asks what comes after ‘after nature’. Instead of demanding new models and approaches, it invites its readers to look to the endpoints and failures of what is already known, in order to generate alternative forms of ethical engagement with worlds both on this planet, and beyond it.  Drawing together scholarship from across science and technology studies, philosophy, and anthropology and bringing it into conversation with rich ethnographic and empirical material, the book asks how we might potentialise the contradictions and oppositions of critical social scientific thinking in order to develop a mode of paradoxical engagement that is in constant movement between knowledge and its edges, practices and their limits, and which allows us to relate to that which is excessive to relations and relationality.

The chapters in the book range across very different empirical settings and communities of people, from fishermen in the Scottish seas,  the sea folk of Indonesian archipelagos, indigenous peoples in forests in Lowland Ecuador, primatologists in the jungle of DR Congo, the personal and domestic space of living with dogs and the cosmological scale of planetary interactions. Each chapter explores different modes of environmental relationality and alterity by grappling with the spaces in-between – the contradictions, uncertainties, limits, excesses and liminalities which make up people’s everyday relations with their environments. The chapters are accompanied by in-depth conversations between scholars who frankly discuss the proposals of the book and the arguments of each chapter, with a view to inviting further reflection and discussion amongst the book’s readers. As the chapters and conversations in this book show, admitting that we still do not know what the environment is, even in times of crisis, can be a form of hopeful, humble environmental politics.

Cristóbal Bonelli is a psychologist, psychotherapist and anthropologist currently based at the department of Anthropology of the University of Amsterdam. He is the principal investigator of the ERC project ‘Worlds of Lithium’, in which he and his team study the socio-ecological disruptions emerging around decarbonisation strategies in Chile, China and Norway. He has conducted long-term ethnographic research in southern and northern Chile, where he collaborates with the Center for Integrated Research on Disaster Risk Reduction (CIGIDEN) and the Center for Intercultural and Indigenous Research (CIIR).

Antonia Walford is a lecturer in Digital Anthropology at UCL. Their work explores the effects of the exponential growth of digital data and algorithms on social and cultural imaginaries and practices, centring on the data infrastructures of climate science, and with an ethnographic focus on Brazil. They have published in journals such as Social Analysis, Cultural Anthropology, and Environmental Humanities, and recently co-edited (with Nick Seaver and Rachel Douglas-Jones) a special issue with JRAI on the Anthropology of Data.

The woman who shed her skin: Towards a humble anthropocentrism in the Outer Hebrides
Magnus Course

To live and learn. Notes on alterity and togetherness, or: On living with dogs
Marianne de Laet

Relating to resistances, curating antagonisms
A conversation between Dehlia Hannah and Manuel Tironi 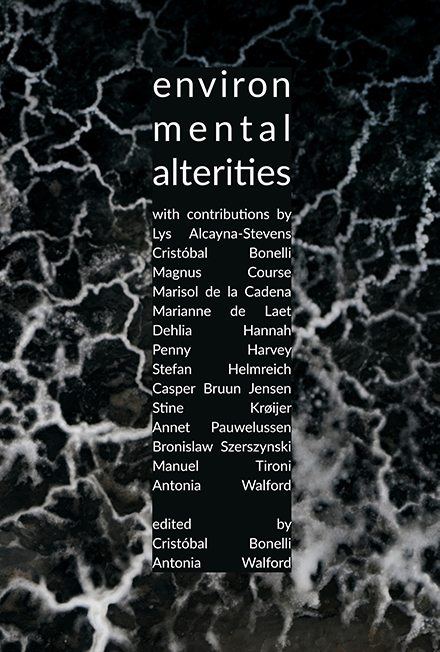