Mario Blaser is the Canada Research Chair in Aboriginal Studies at Memorial University of Newfoundland. He is the author of Storytelling Globalization from the Paraguayan Chaco and Beyond (Duke University Press, 2010), and co-editor of Indigenous Peoples and Autonomy: Insights for the Global Age (University of British Columbia Press, 2010), and In the Way of Development: Indigenous Peoples, Life Projects and Globalization (Zed, 2004). His current research examines how heterogeneous life projects fare under the shadow of the Anthropocene.

Antoine Hennion is Professor at MINES ParisTech and the former Director of the Centre for the Sociology of Innovation, where he has developed a problematisation of mediation crossing cultural sociology and Science and Technology Studies (STS). He has written extensively on the sociology of music, media and cultural industries, and is now exploring a pragmatist approach to various forms of attachment – from taste and ‘amateurs’, to home care and issues about vulnerability, ageing, and disability. Recent books include The Passion for Music (2015), Le vin et l’environnement (with G. Teil 2011), and La grandeur de Bach (with J.-M. Fauquet 2000).

John Law is Emeritus Professor in Sociology at the Open University and Honorary Professor in Sociology in the Centre for Science Studies at Lancaster University. His publications have worked through empirical case studies in a range of areas including large technological projects, nature and culture, and postcolonial knowledge relations to develop STS theory and methods in material semiotics. His publications include After Method, Aircraft Stories, and Organising Modernity.

Adrian Mackenzie is Professor in Technological Cultures at Lancaster University and works at the intersections of science and technology studies, media and cultural studies, and social and cultural theory. He is mainly interested in the overlaps and entanglements associated with network and computational media, with sciences as forms of practice and thought, and with social production of value. Much of his current work also focuses on the invention of data-related methods. He is author of Wirelessness: Radical Empiricism in Network Cultures (2010), Cutting Code: Software and Sociality (2010), Transductions: Bodies and Machines of Speed (2002) and Into the Data: An Archaeology of Machine Learning (2017).

Annemarie Mol is Professor of Anthropology of the Body at the University of Amsterdam. She has published The Body Multiple, and The Logic of Care, and has also co-edited Differences in Medicine, Complexities and Care in Practice. Her articles explore human bodies, fluid machines, social topologies, and intranslatable words. Thanks to an ERC Advanced Grant and a Spinoza Prize, she currently works with a spirited team on questions to do with eating and/or normativities.

Hugh Raffles teaches anthropology and directs the Graduate Institute for Design, Ethnography & Social Thought at The New School in New York. He is the author of In Amazonia: A Natural History (2002) and Insectopedia (2010), which will be appearing this year in French and Chinese. His forthcoming book project is an ethnography of stone.

Mattijs van de Port is an anthropologist who works at the University of Amsterdam and the VU University Amsterdam. At the latter he holds a chair on ‘popular religiosity’. Intrigued by the observation that the world does not comply with our narrations of it, his anthropology is an ongoing exploration of the tensions that follow from this existential given. Recently, he has moved to filmmaking to explore the potential of images to express his research findings. He did fieldwork in Serbia and the Netherlands, and since 2001 he has been studying the Candomblé religion in Bahia, Brazil.

Evelyn Ruppert is Professor of Sociology at Goldsmiths, University of London. She works on questions of method, data, and digital life, and is currently leading a project funded by an ERC Consolidator grant, ‘Peopling Europe: How Data make a People’ (ARITHMUS; 2014–19). Evelyn is the founder and editor-in-chief of a SAGE open access journal, Big Data & Society. Her book, Being Digital Citizens (with Engin Isin) was published in April 2015.

Helen Verran and Brit Winthereik have worked together on several projects since 2010. Helen is University Professorial Fellow, Charles Darwin University, Australia. Brit is Associate Professor in the Technologies in Practice Group at IT University of Copenhagen. They are joint book review editors for Science & Technology Studies, which brings joy when young scholars approach them with a book they wish to review. Helen is less known for growing bumper crops of organic garlic in a hillside garden. Brit is less known for being a lead singer in a woman’s band and for her obsession with composting.

Resources from the Baroque 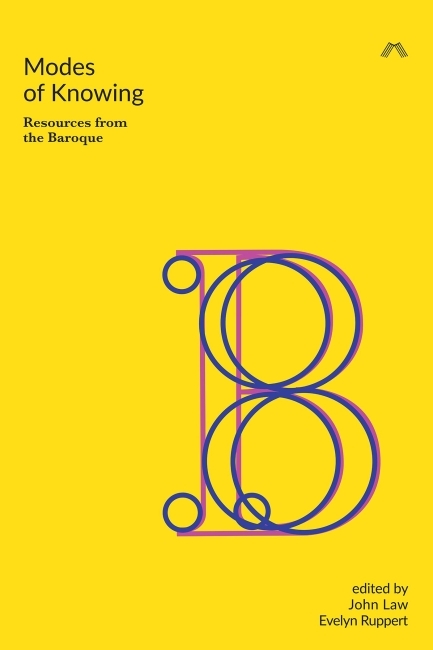