There was once a man who had fine houses, both in town and country, a deal of silver and gold plate, embroidered furniture, and coaches gilded all over with gold. But this man was so unlucky as to have a blue beard, which made him so frightfully ugly that all the women and girls ran away from him.

One of his neighbors, a lady of quality, had two daughters who were perfect beauties. He desired of her one of them in marriage, leaving to her choice which of the two she would bestow on him. Neither of them would have him, and they sent him backwards and forwards from one to the other, not being able to bear the thoughts of marrying a man who had a blue beard. Adding to their disgust and aversion was the fact that he already had been married to several wives, and nobody knew what had become of them.

Bluebeard, to engage their affection, took them, with their mother and three or four ladies of their acquaintance, with other young people of the neighborhood, to one of his country houses, where they stayed a whole week.

The time was filled with parties, hunting, fishing, dancing, mirth, and feasting. Nobody went to bed, but all passed the night in rallying and joking with each other. In short, everything succeeded so well that the youngest daughter began to think that the man’s beard was not so very blue after all, and that he was a mighty civil gentleman.

As soon as they returned home, the marriage was concluded. About a month afterwards, Bluebeard told his wife that he was obliged to take a country journey for six weeks at least, about affairs of very great consequence. He desired her to divert herself in his absence, to send for her friends and acquaintances, to take them into the country, if she pleased, and to make good cheer wherever she was.

‘Here,’ said he, ‘are the keys to the two great wardrobes, wherein I have my best furniture. These are to my silver and gold plate, which is not everyday in use. These open my strongboxes, which hold my money, both gold and silver; these my caskets of jewels. And this is the master key to all my apartments. But as for this little one here, it is the key to the closet at the end of the great hall on the ground floor. Open them all; go into each and every one of them, except that little closet, which I forbid you, and forbid it in such a manner that, if you happen to open it, you may expect my just anger and resentment.’

She promised to observe, very exactly, whatever he had ordered. Then he, after having embraced her, got into his coach and proceeded on his journey.

Her neighbors and good friends did not wait to be sent for by the newly married lady. They were impatient to see all the rich furniture of her house, and had not dared to come while her husband was there, because of his blue beard, which frightened them. They ran through all the rooms, closets, and wardrobes, which were all so fine and rich that they seemed to surpass one another.

After that, they went up into the two great rooms, which contained the best and richest furniture. They could not sufficiently admire the number and beauty of the tapestry, beds, couches, cabinets, stands, tables, and looking glasses, in which you might see yourself from head to foot; some of them were framed with glass, others with silver, plain and gilded, the finest and most magnificent that they had ever seen.

They ceased not to extol and envy the happiness of their friend, who in the meantime in no way diverted herself in looking upon all these rich things, because of the impatience she had to go and open the closet on the ground floor. She was so much pressed by her curiosity that, without considering that it was very uncivil for her to leave her company, she went down a little back staircase, and with such excessive haste that she nearly fell and broke her neck.

Having come to the closet door, she made a stop for some time, thinking about her husband’s orders, and considering what unhappiness might attend her if she was disobedient; but the temptation was so strong that she could not overcome it. She then took the little key, and opened it, trembling. At first she saw nothing, because the windows were shut. After some moments she began to perceive that the floor was covered with congealed blood, in which the bodies of several dead women were reflected, ranged against the walls. (These were all the wives whom Bluebeard had married and murdered, one after another.) She thought she should have died for fear, and the key, which she pulled out of the lock, fell out of her hand.

After having somewhat recovered her surprise, she picked up the key, locked the door, and went upstairs into her chamber to recover; but she could not, so much was she frightened. Having observed that the key to the closet was stained with blood, she tried two or three times to wipe it off; but the blood would not come out; in vain did she wash it, and even rub it with soap and sand. The blood still remained, for the key was magical and she could never make it quite clean; when the blood was gone off from one side, it came again on the other.

Bluebeard returned from his journey the same evening, saying that he had received letters upon the road, informing him that the affair he went about had concluded to his advantage. His wife did all she could to convince him that she was extremely happy about his speedy return.

The next morning he asked her for the keys, which she gave him, but with such a trembling hand that he easily guessed what had happened.

‘I must,’ said she, ‘have left it upstairs upon the table.’

After several goings backwards and forwards, she was forced to bring him the key. Bluebeard, having very attentively considered it, said to his wife, ‘Why is there blood on the key?’

‘I do not know,’ cried the poor woman, paler than death.

‘You do not know!’ replied Bluebeard. ‘I very well know. You went into the closet, did you not? Very well, madam; you shall go back, and take your place among the ladies you saw there.’

Upon this she threw herself at her husband’s feet, and begged his pardon with all the signs of a true repentance, vowing that she would never more be disobedient. She would have melted a rock, so beautiful and sorrowful was she; but Bluebeard had a heart harder than any rock!

‘Since I must die,’ answered she (looking upon him with her eyes all bathed in tears), ‘give me some little time to say my prayers.’

‘I give you,’ replied Bluebeard, ‘half a quarter of an hour, but not one moment more.’

When she was alone she called out to her sister, and said to her, ‘Sister Anne’ (for that was her name), ‘go up, I beg you, to the top of the tower, and look if my brothers are not coming. They promised me that they would come today, and if you see them, give them a sign to make haste.’

Her sister Anne went up to the top of the tower, and the poor afflicted wife cried out from time to time, ‘Anne, sister Anne, do you see anyone coming?’

And sister Anne said, ‘I see nothing but a cloud of dust in the sun, and the grass greening.’

In the meanwhile Bluebeard, holding a great saber in his hand, cried out as loud as he could bawl to his wife, ‘Come down instantly, or I shall come up to you.’

‘One moment longer, if you please,’ said his wife; and then she cried out very softly, ‘Anne, sister Anne, do you see anybody coming?’

And sister Anne answered, ‘I see nothing but a cloud of dust in the sun, and the green grass.’

‘Come down quickly,’ cried Bluebeard, ‘or I will come up to you.’

‘I am coming,’ answered his wife; and then she cried, ‘Anne, sister Anne, do you not see anyone coming?’

‘I see,’ replied sister Anne, ‘a great cloud of dust approaching us.’

‘Are they my brothers?’

‘Will you not come down?’ cried Bluebeard.

‘One moment longer,’ said his wife, and then she cried out, ‘Anne, sister Anne, do you see nobody coming?’

‘I see,’ said she, ‘two horsemen, but they are still a great way off.’

‘God be praised,’ replied the poor wife joyfully. ‘They are my brothers. I will make them a sign, as well as I can for them to make haste.’

Then Bluebeard bawled out so loud that he made the whole house tremble. The distressed wife came down, and threw herself at his feet, all in tears, with her hair about her shoulders.

‘This means nothing,’ said Bluebeard. ‘You must die!’ Then, taking hold of her hair with one hand, and lifting up the sword with the other, he prepared to strike off her head. The poor lady, turning about to him, and looking at him with dying eyes, desired him to afford her one little moment to recollect herself.

‘No, no,’ said he, ‘commend yourself to God,’ and was just ready to strike.

At this very instant there was such a loud knocking at the gate that Bluebeard made a sudden stop. The gate was opened, and two horsemen entered. Drawing their swords, they ran directly to Bluebeard. He knew them to be his wife’s brothers, one a dragoon, the other a musketeer; so that he ran away immediately to save himself; but the two brothers pursued and overtook him before he could get to the steps of the porch. Then they ran their swords through his body and left him dead. The poor wife was almost as dead as her husband, and had not strength enough to rise and welcome her brothers.

Bluebeard had no heirs, and so his wife became mistress of all his estate. She made use of one part of it to marry her sister Anne to a young gentleman who had loved her a long while; another part to buy captains’ commissions for her brothers; and the rest to marry herself to a very worthy gentleman, who made her forget the ill time she had passed with Bluebeard.

Moral: curiosity, in spite of its appeal, often leads to deep regret. A thousand examples appear each day. To the displeasure of many a maiden, its enjoyment is short lived. Once satisfied, it ceases to exist, and always costs dearly.

Another moral: apply logic to this grim story, and you will ascertain that it took place many years ago. No husband of our age would be so terrible as to demand the impossible of his wife, nor would he be such a jealous malcontent; he is meek and mild with his wife. For, whatever the color of her husband’s beard, the wife of today will let him know who the master is.

The Art of Market Seduction 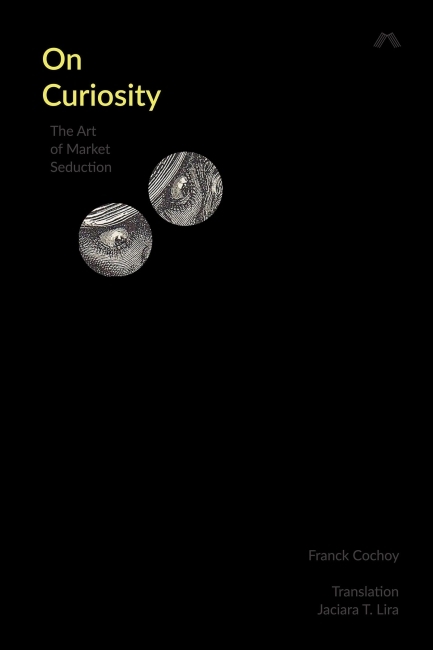