This book grew out of conversations that began at the Symposium Inventing the Social, which took place at Goldsmiths, University of London, on May 29–30, 2014. The symposium celebrated the ten-year anniversary of the interdisciplinary Centre for Invention and Social Process (CISP), based in the Department of Sociology at Goldsmiths. We would like to thank all the speakers and participants, who included not only most of the contributors to this volume, but also Andrew Barry, Lisa Blackman, Rebecca Coleman, William Davies, Maarten Derksen, Ignacio Farías, Michael Halewood, Javier Lezaun, Daniel Lopez, Anders Koed Madsen, Linsey McGoey, Liz Moor, Dan Neyland, David Oswell and Manuel Tironi. Thank you to Lucy Kimbell for her enthusiasm in joining the project, for proposing to have a conversation, and hosting it at Central Saint Martins. A final thanks to Natalie Gill, Joe Deville, Endre Dányi, Michaela Spencer, Uli Beisel and Julien McHardy of Mattering Press for giving time and making space to publish this project as a book, and for their excellent advice along the way.

Contributors1 • Introduction: From Performance to Inventing the Social 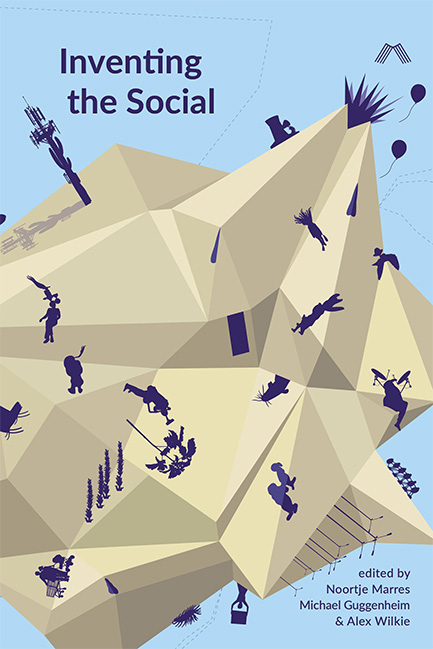