Madeleine Akrich is a professor at the Centre de sociologie de l’innovation (Mines ParisTech). After being devoted to the sociology of technology for several years, her work has centred on medicine: firstly, on a comparative study of obstetrical practices between France and the Netherlands, and secondly, on internet discussion groups that focus on health problems. More recently, with Vololona Rabeharisoa, she has coordinated a European project on the engagement of patient organisations with knowledge and the transformative effects it has on their form of activism (see the recent special issue of Biosocieties on ‘Evidence-Based Activism’, 2014).

Roland Bal is Professor of Healthcare Governance at Erasmus University Rotterdam. His research interests include science-policy-practice relations and governance infrastructures in healthcare. More recently, he has researched the creation of public accountabilities in healthcare, studying the ways in which public service organisations ‘organise for transparency’. He currently works with the Netherlands healthcare inspectorate in research projects on regulation and supervision. Roland’s focus is on ethnographic, interventionist research methods. Recent publications have appeared in, amongst other journals, Social Science & Medicine; Science, Technology, & Human Values; International Journal of Medical Informatics; and Public Administration.

Joe Deville is a lecturer at Lancaster University, based jointly in the Departments of Organisation, Work & Technology and Sociology, and is a co-director of the Centre for Mobilities Research. He completed his PhD at Goldsmiths in 2011 and published his first book, Lived Economies of Default, with Routledge in early 2015. He has written widely on issues of credit, debt, and disaster preparedness in journals including Sociological Review; Journal of Cultural Economy; and Consumption Markets and Culture. He is also an editor for Mattering Press and Journal of Cultural Economy.

Christopher Gad is Associate Professor at the IT-University of Copenhagen in the research group Technologies in Practice. His former and present research areas and interests include Science and Technology Studies, (post-)Actor-Network Theory, lateral thinking, ontological multiplicity and complexity, promises, aspirations and challenges related to information technologies, digitalisation and computational thinking in theory and practice, ethnographic, virtual, micro-sociological, mixed, and non-foundationalist approaches, democracy, elections and disability, bureaucracy and organisational theory, fisheries inspection, and surveillance.

Michael Guggenheim is a reader at Goldsmiths, University of London and a director of the Centre for Invention and Social Process (CSISP). He has published widely on social theory, disasters, buildings and inventive methods. Most recently he co-edited Disasters and Politics (Sociological Review Monograph series, Wiley-Blackwell, 2014) and published ‘The Media of Sociology: Tight and Loose Translations’ in the British Journal of Sociology. He is an editor of the journal Demonstrations: Journal for Experiments in Social Studies of Technology.

Zuzana Hrdličková is a social anthropologist interested in gender, conflict, and disaster within and outside academic settings. She completed her PhD – which analysed the impact of war in Sri Lanka on women – at Charles University in Prague in 2009. Between 2011 and 2015, she worked as a postdoctoral Research Associate at Goldsmiths, University of London, looking at disasters and their management in India. She has published numerous academic papers on these topics and she has co-edited special volumes, most recently ‘Living with Disasters: Perspectives on the (Re) Production of Knowledge’ in Nature and Culture. She is interested in bridging the space between academia and applied work.

Casper Bruun Jensen is Senior Researcher at the Department of Anthropology, Osaka University. He is the author of Ontologies for Developing Things (Sense, 2010) and Monitoring Movements in Development Aid (with Brit Ross Winthereik; MIT, 2013) and the editor with Kjetil Rödje of Deleuzian Intersections: Science, Technology, Anthropology (Berghahn, 2009). His present work focuses on environmental infrastructures in South-east Asia.

Monika Krause is a senior lecturer in sociology at Goldsmiths, University of London. Her research addresses comparative questions about specialised practices as well as issues in sociological theory. She is the author of The Good Project: Humanitarian Relief NGOs and the Fragmentation of Reason (Chicago University Press, 2015), which won the BSA’s 2015 Philip Abrams Memorial Prize for a first book in sociology. An edited volume exploring the uses of the concept of field for global analysis (Fielding Transnationalism, with Julian Go) is forthcoming in 2016 as a Sociological Review Monograph (Wiley-Blackwell).

Peter Lutz has published on the topics of human-nonhuman relations in home care for older people, as well as user participation for the design of new technologies. He draws inspiration from Science and Technology Studies and anthropology. His current interests include the use of participatory research in ‘social sustainability’ initiatives. He is presently based at Uppsala University.

Morgan Meyer is a lecturer in sociology at AgroParisTech and a research affiliate at the Laboratoire Interdisciplinaire Sciences Innovations Sociétés (LISIS). He holds a PhD in sociology (University of Sheffield) and has been a postdoc at the Centre for the Sociology of Innovation at Mines ParisTech. His current research focuses on two themes: the emergence, governance, and debates on new forms of biology (synthetic biology, do-it-yourself biology), and the spaces and practices of ‘knowledge brokering’ and the boundaries of science. He has recently edited a special issue of Sociological Research Online on ‘epistemic communities’ (with Susan Molyneux-Hodgson) and a special issue of Science and Public Policy on ‘intermediaries’ (with Matthew Kearnes).

Vololona Rabeharisoa is a professor of sociology at the Centre de sociologie de l’innovation, Mines ParisTech. She is interested in the increasing involvement of civil society organisations in scientific and technical activities. She is investigating the engagement of patients’ organisations with biomedical research, the governance of health, and the development of drugs and therapeutic strategies, notably in the area of rare diseases. Beyond the biomedical domain, she explores the emergence of new public issues around genomics. She is currently participating in a research project on forensics, looking at the uses of DNA fingerprints in crime investigations and criminal justice in France.

Sarah de Rijcke is Senior Researcher at the Centre for Science and Technology Studies (CWTS), Leiden University. De Rijcke leads a research group at CWTS that examines interactions between research assessment and practices of knowledge production. This research programme is situated at the intersection of Science and Technology Studies and the sociology and anthropology of science. The group is partner in national and international consortia that study new forms of research governance, policies for scientific excellence, and research integrity. Recent projects have focused on the interactions between performance metrics and epistemic decision-making processes in different disciplines.

Jennifer Robinson is Professor of Human Geography at University College London. Her book, Ordinary Cities (Routledge, 2006) developed a postcolonial critique of urban studies. She is preparing a new book on Comparative Urbanism, to propose methodological foundations for a more global urban studies. Earlier empirical research explored the history of apartheid cities and the politics of post-apartheid city-visioning. Current empirical projects focus on transnational aspects of Johannesburg and London’s policymaking processes and the politics of large-scale urban developments.

Tereza Stöckelová is a researcher at the Institute of Sociology of the Czech Academy of Sciences, Assistant Professor at the Department of General Anthropology, Charles University, and Editor-in-Chief of the English edition of Sociologický časopis /Czech Sociological Review. Her work is situated in between sociology, social anthropology, and science and technology studies, and draws upon actor network theory and related material semiotic methodologies. She has investigated academic practices in the context of current policy changes, science and society relations, and environmental controversies, and more recently has started an ethnography of the interfaces between biomedical and alternative therapeutic practices in the Czech Republic. She is a regular contributor to Czech public media and believes social sciences have to make sense beyond academia.

Iris Wallenburg is Assistant Professor of Healthcare Governance at Erasmus University Rotterdam. Her research interests are situated at the intersection of work on professionalism, organisations, and institutional theory, using ethnographic research methods. Recent projects have been on task reallocation in healthcare in Europe, performance measurement, professional behaviour, and ‘place-making’ as a way of perceiving healthcare practices.

Paul Wouters is Director of the Centre for Science and Technology Studies at Leiden University and Professor of Scientometrics at Leiden University. He is Chair of the Dutch national graduate school, Science, Technology and Modern Culture. He has published on the history of the Science Citation Index, on scientometrics and on the way the criteria of scientific quality have been changed by citation analysis. With Anne Beaulieu, Andrea Scharnhorst, and Sally Wyatt, he co-edited Virtual Knowledge: Experimenting in the Humanities and Social Sciences (MIT Press, 2013). 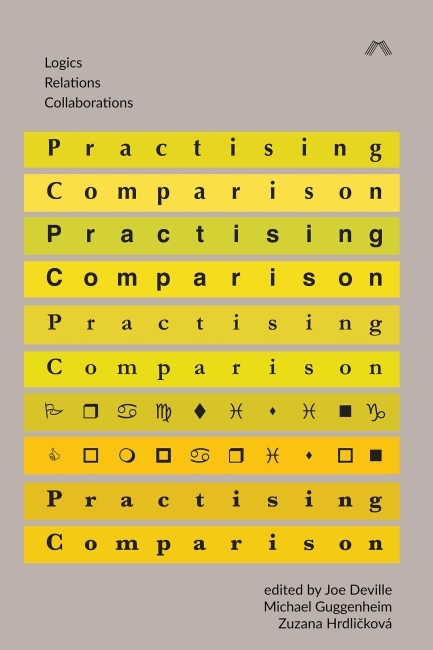