1 Here we are following Ian Hacking’s ‘dynamic nominalism’ where kinds of things come into being at the same time as the kind itself is invented (Hacking 2002).

2 Hannah Landecker’s (2016) work is particularly helpful here, reminding us that biologists may also explore histories of their discipline through attending to model organisms, practices and media.

3 We (unwittingly) echo Andrew Balmer and Susan Molyneux-Hodgson’s study (2013) which set out to compare ‘bacterial ontologies’ emerging from different practices, in the case of their research between wastewater treatment plants and synthetic biology laboratories. They looked at differences between types of ‘engineering’ – but we take another route by centring the bacterium in its encounters with a wider range of actors who share neither discipline nor practices.

4 Our debt to Annemarie Mol is most clear in the notion of practices making multiple versions of something with the same name. The obvious reference is her work on atherosclerosis (1999). However, in her more recent paper on ‘schoon’ (2020) she directs our attention to notions and practices for ensuring ‘cleanliness’, including how we treat wastewater, and gave us the lead to Balmer and Molyneux-Hodgson (2013). See also Erickson (2018) for details on how E. coli is a key indicator of water cleanliness.

5 We are particularly drawing on the New Literary Form movement from the late 1980s (Ashmore 2005; Mulkay 1991; Woolgar and Ashmore 1991) and later work that voices actants as well as humans, such as Latour (1996). We use italics to signal the imagined voice of the microbe against ordinary text for other actants.

6 With Bruno Latour (2005) we reassemble the assemblages that we have encountered in our various researches – using different fonts for Chorus and ‘stage directions’.

8 The ‘wild man’, companion to Gilgamesh in that eponymous epic poem composed sometime in the second millennium BCE.

13 See MacConkey’s obituary in Nature 127, 980–9811931, which also mentions his love of roses. MacConkey gave his name to a selective medium widely used to encourage the growth of E. coli in laboratories across the twentieth century.

15 MacConkey was drawing on older ideas about differential media but exploring the best way to tailor the medium to B. coli from 1897, publishing a summary in MacConkey (1908).

16 This urge to count was not new: see a fuller account of the nineteenth-century history of water analysis in Britain in Hamlin (1990).

24 In part because of interest in diabetes as a treatable condition, see Oudshoorn (1994).

25 In 1957, Ames launched Albustix, similarly using colour to give a semi-quantitative estimate of protein concentration.

26 The brand name for Beecham’s new antibiotic, ampicillin, on the market since 1961.

34 See http://www.eucast.org/documents/rd/ and explanations there of new definitions of susceptibility and resistance published in January 2019 after review by EUCAST [accessed 9 December 2019].

46 Another model organism, a worm, microscopic, that eats bacteria; if the worm dies, it shows pathogenicity of the microbe. See https://www.ncbi.nlm.nih.gov/books/NBK453431/.

47 Under this name the strain is stored in extra cold freezers in the lab, lying dormant until it’s needed again. But it has also travelled the world, as the microbiologists send out samples in response to requests from Argentina, Canada, and Singapore, just as Escherich shared his original E. coli with colleagues in Cambridge.

52 ‘The anthropocentric view of bacteriology has largely driven the study of pathogenic E. coli at the expense of understanding commensalism’, Dunne et al. (2017).

Professor James Ebdon, Dr Doug Browning, Eric Will MD, participants in the Kilpisjärvi ‘With Microbes’ workshop and 2020 EASST/4S conference. Catherine Will would like to acknowledge the support of the Wellcome Trust (grant no 214954/Z/18/Z).

Balmer, A., and S. Molyneux-Hodgson, ‘Bacterial Cultures: Ontologies of Bacteria and Engineering Expertise at the Nexus of Synthetic Biology & Water Services’, Engineering Studies, 5.1 (2013), 59–73.

Browning, D. F., and others, ‘Mutational and Topological Analysis of the Escherichia coli BamA Protein’, PLoS ONE, 8.12 (2013a).

Costelloe, C., and others, ‘Effect of Antibiotic Prescribing in Primary Care on Antimicrobial Resistance in Individual Patients: Systematic Review and Meta-Analysis’, BMJ, 340 (2010).

Dunne, K. A., and others, ‘Sequencing a Piece of History: Complete Genome Sequence of the Original Escherichia Coli Strain’, Microbial Genomics, 3 (2017).

Fuentes, S., and others, ‘From Rare to Dominant: A Fine-Tuned Soil Bacterial Bloom during Petroleum Hydrocarbon Bioremediation’, Applied & Environmental Microbiology, 82.3 (2016), 888.

Hesiod, Theogony and Works and Days, trans. and with introductions by Catherine M. Schlegel and Henry Weinfield (Ann Arbor: University of Michigan Press, 2006).

Knight, G. M., and others, ‘Addressing the Unknowns of Antimicrobial Resistance: Quantifying and Mapping the Drivers of Burden’, Clinical Infectious Diseases, 66.4 (2018), 612–6.

Latour, B., Aramis or the Love of Technology (Cambridge, MA: Harvard University Press, 1996).

Nomamiukor, B., and others, ‘Living Conditions Are Associated With Increased Antibiotic Resistance in Community Isolates of Escherichia Coli’, Journal of Antimicrobial Chemotherapy, 70 (2015), 3154–8.

Oudshoorn, N., Beyond the Natural Body: An Archaeology of Sex Hormones (London: Routledge, 1994).

Pouwels, K. B., and others, ‘Selection and Co-Selection of Antibiotic Resistances Among Escherichia Coli by Antibiotic Use in Primary Care: An Ecological Analysis’, PLoS ONE, 14.6 (2019).

Rabbia, V., and others, ‘Antibiotic Resistance in Escherichia Coli Strains Isolated From Antarctic Bird Feces, Water From Inside a Wastewater Treatment Plant, and Seawater Samples Collected in the Antarctic Treaty Area’, Polar Science, 10.2 (2016), 123–31.

Woolgar, S., and M. Ashmore, ‘The Next Step: An Introduction to the Reflexive Project’, in S. Woolgar, ed., Knowledge and Reflexivity: New Frontiers in the Sociology of Knowledge (London: Sage, 1991), pp. 1–11. 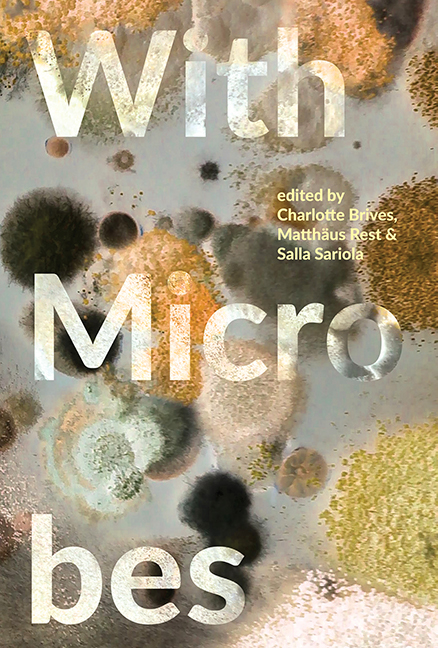