4. Hosts and Guests in the Haunted House

1 Nikolaos Patsopoulos, John P.A. Ioannidis, A. Analatos Apostolow, ‘Origin and Funding of the Most Frequently Cited Papers in Medicine: Database Analysis’, British Medical Journal 332, no. 7549 (2006): 1061–1064. Philippe Gorry analyses a group of ninety-two articles known to be ghost-managed, identified in documents from three legal proceedings. Among other things, Gorry notes that ghost-managed articles were cited approximately ten times more often than were typical other articles in the same journals – and almost none of the difference is explained by a difference in the prestige of the authors (personal communication): Philippe Gorry, ‘Medical Literature Imprinting by Pharma Ghost Writing: A Scientometric Evaluation’ <https://pdfs.semanticscholar.org/5528/9bbf436abb9d1ecdd53ec8062a5d89188c60.pdf > [accessed 3 February 2018]. David Healy and Dinah Cattell had earlier analyzed a subset of that group, in David Healy and Dinah Cattell, ‘Interface Between Authorship, Industry and Science in the Domain of Therapeutics’, British Journal of Psychiatry 183 no. 1 (July 2003): 22–27. Unsurprisingly, the two studies come to some overlapping conclusions. Healy and Cattell compare their group of fifty-five ghost-managed articles on a particular drug with other articles on the same drug published in the same period: ghost-managed articles were cited between 2.4 and 2.9 times more frequently than matched counterparts.

2 Most self-citation involves authors citing their own work. Self-citation in this case is interesting because it is much more hidden.

10 Mario Biagioli, ‘The Instability of Authorship: Credit and Responsibility in Contemporary Biomedicine’, The FASEB Journal 12, no. 1 (1998): 3–16.

11 In addition, because they are important participants in the world of medical research, journals typically want to make sure that researchers are receiving appropriate credit, even while they are concerned about undue influence. Promoting the right credit as a professional matter within medicine may push in opposite directions than does combatting hidden influence on medical journal articles.

13 Elliot Ross, ‘How Drug Companies’ PR Tactics Skew the Presentation of Medical Research’, The Guardian, 20 May 2011.

16 Aubrey Blumsohn, ‘Authorship, Ghost-Science, Access to Data and Control of the Pharmaceutical Scientific Literature: Who Stands Behind the Word?’ AAAS Professional Ethics Report 29, no. 3 (2006): 1–4.

18 Aubrey Blumsohn, ‘Authorship, Ghost-Science, Access to Data and Control of the Pharmaceutical Scientific Literature: Who Stands Behind the Word?’ AAAS Professional Ethics Report 29, no. 3 (2006): 1–4.

19 A number of scholars have made more careful versions of Dr McGrath’s argument, challenging the coherence of the idea of raw data. For an excellent set of articles on the issue, see Lisa Gitelman, ed., Raw Data is an Oxymoron (Cambridge, MA: MIT Press, 2015).

21 Pharma’s adventures in medical research probably represent the most prominent and numerous connections between industry and the academy. Commercialized science has been of great interest to Science and Technology Studies in recent years, in a variety of contexts. In particular, analysts have explored the ways in which connections to industry are shaping academic cultures and the scientific knowledge they produce. See, e.g. Daniel Lee Kleinman, Impure Cultures: University Biology and the World of Commerce (Madison: University of Wisconsin Press, 2003); Grischa Metlay, ‘Reconsidering Renormalization: Stability and Change in 20th-century Views on University Patents’, Social Studies of Science 36, no. 4 (2006): 565–597; Sheila Slaughter and Gary Rhoades, Academic Capitalism and the New Economy: Markets, State, and Higher Education (Baltimore, MD: Johns Hopkins University Press, 2004).

22 A long tradition in Science and Technology Studies has emphasized the interpretive flexibility of methodological rules, data and objects. See, e.g. Harry M. Collins, ‘Stages in the Empirical Programme of Relativism’, Social Studies of Science 11, no. 1 (1981): 3–10; Trevor J. Pinch and Wiebe E. Bijker, ‘The Social Construction of Facts and Artefacts: Or How the Sociology of Science and the Sociology of Technology Might Benefit Each Other’, Social Studies of Science 14, no. 3 (1984): 399–441.

23 Formal objectivity is the kind of objectivity established by carefully defined procedures, even if those procedures deviate from what people would take to be the truth. See, e.g. Theodore M. Porter, Trust in Numbers: The Pursuit of Objectivity in Science and Public Life (Princeton, NJ: Princeton University Press, 1995); Lorraine Daston and Peter Galison, ‘The Image of Objectivity’, Representations 40 (Autumn, 1992): 81–128.

25 The original article was Sergio Sismondo, ‘Ghost Management: How Much of the Medical Literature is Shaped Behind the Scenes by the Pharmaceutical Industry?’ PLoS Medicine 4, no. 9 (2007): e286; and the response is Larry Hirsch ‘Response from the International Society for Medical Publication Professionals (ISMPP)’ PLoS Medicine <http://journals.plos.org/plosmedicine/article/comment?id=10.1371/annotation/cd5a7a44-b33a-4560-8f5b-909f854066ac>. 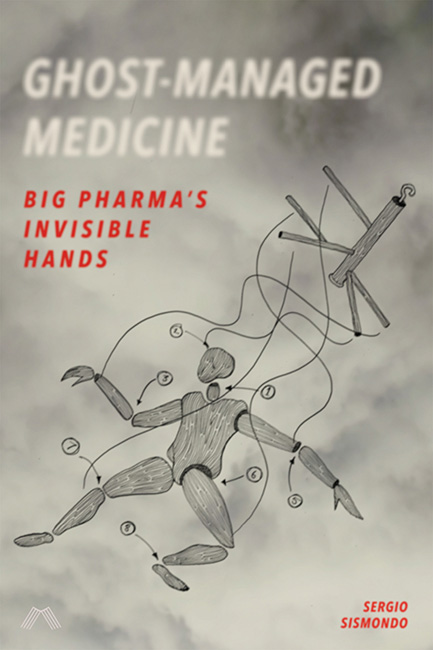