It was a particularly busy summer for Mattering Press. In July this year, after four years of hard work establishing the press, we finally published our first four books. Our official launch was held on the 25th July in London – thanks, once again, to Tahani Nadim for her wonderful report about the event. But the launch in London was just the beginning of a longer Mattering tour, including the joint 4S/EASST conference in Barcelona.

Last year, we already had a stand at the ‘Making and Doing’ fair at the 4S conference in Denver. At that point all we had were our bookmarks, our banner, and our enthusiasm, which was enough to generate a fascinating discussion about the future of the book in STS, but not enough to demonstrate it. This time, however, we arrived with books: two heavy boxes of them! Most of the books were our own, but we also brought along a couple of items published by our friends, Open Humanities Press and Meson Press. The aim was to present them to the wider STS community, and see how they resonated with ongoing discussions about the material practices of knowledge production and distribution.

Our first official appearance in Barcelona was at a session called ‘Publishing by other means’ at the PhD preconference event on the 31st August. We had been asked along by the EASST student representative Márton Fabók and his fellow organisers (thanks for the invitation!), and together with Sampsa Hyysalo from Science and Technology Studies, Ignacio Farias from EASST, and blogger and STS scholar Erica Szymanski, we were invited to share our thoughts on where academic publishing in STS was headed. In the group discussion the task became a little more specific; the question ‘why do you publish physical copies of your books?’ opened up a many-way conversation about some of the most important publishing problems that are materialised in our books. The physical copies of the books didn’t offer solutions to these problems, but instead seemed to offer a means of making them visible – means for STS scholars to actively engage with books and publishing as authors, editors, reviewers, readers, teachers, and owners of personal libraries. 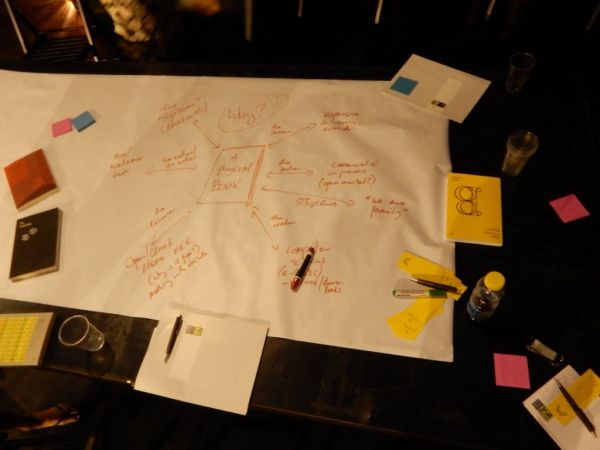 Sometime later, as we were unpacking the boxes and setting up our banner at the conference, we began to feel rather small and inexperienced. The organisers had been kind enough to place us between Taylor and Francis and MIT Press (thank you organisers, especially Israel Rodríguez-Giralt, for all the help before and during the conference). This positioning also helped us to articulate questions that had been raised in conversations along the way. Nestled between these large publishers we could not help but ask ourselves about our relationship to the publishing world. Can we really compete with these publishers for manuscripts, readers, spaces on library shelves? Is that how we want to see our role? As competitors? In the era of audits and impact factors, can we responsibly tell young researchers to send their precious texts to us instead of an established press? Without a global distribution network, can we really ask big shots in STS to consider us as the publisher of their next book? As the conference rolled along, and we began to receive feedback, suggestions and expressions of good will from STS scholars, the answers were unequivocally positive. 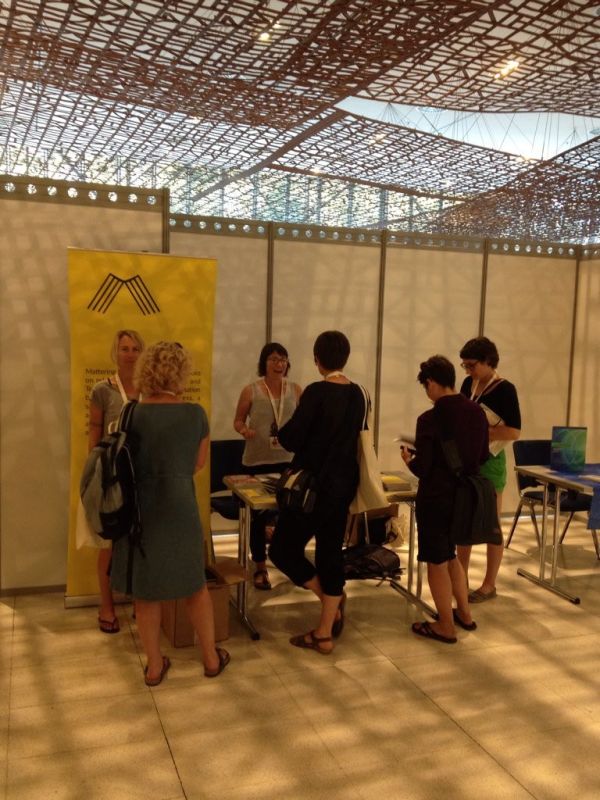 The second official event Mattering Press was involved in at the 4S/EASST conference was a lunchtime session on the changing landscape of publishing in STS. Chaired by Tim Elfenbein, the session brought together Demonstrations, represented by Michael Guggenheim, Valuation Studies and Libraria, both represented by Claes-Fredrik Helgesson, and us. In the first part of the session, we all had a go at Tim’s questions about the past, present, and future of our initiatives (many thanks, Tim, for the questions and the moderation), and then spent the second part discussing some overarching themes. Interestingly, both Michael and Claes-Fredrik spoke about the ugliness of some parts of the infrastructure that journal publishers need to deal with, and all of us placed great emphasis on the importance of producing beautiful objects. This related strongly to the discussions at the PhD workshop and our experience at the stall: the aesthetic qualities of our books received even more attention than expected. 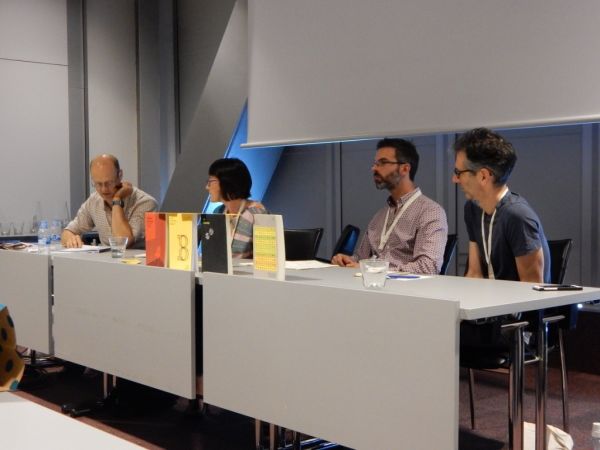 After the lunchtime session we returned to our stall and spent a large part of the conference talking to people about the press – and selling books. Just when we thought we had discussed every possible topic, someone asked how it was possible to tell how our books were doing? At first we associated this question with sales and downloads figures, numbers of citations, and reviews in STS journals. But how much would these actually tell us about the academic lives of text published by Mattering Press? Would it be possible to examine this in a more STS-compatible way? Through stories, for example? We’re still thinking, but one thing is clear: the learning process associated with the press has certainly not ended with the publishing of our first books.