The New Platforms project met for its final workshop on 25th June. The workshop was hosted by the Centre for Post-Digital Cultures at Coventry University. Present were representatives from most of the presses on the project, including Joe Deville and Julien McHardy (Mattering Press), Andreas Kirchner (Meson Press), Rupert Gatti and Alessandra Tosi (Open Book Publishers), Janneke Adema and Gary Hall (Open Humanities Press / Centre for Post-Digital Cultures), Eileen Joy and Vincent van Gerven Oei (Punctum Books), as well as Martin Keegan, the project developer (who also works for Open Book Publishers), and Penny Andrews, our project consultant. The aim of the day was to assess the progress of the various project work packages and to plan next steps. Here follows a brief summary of our discussions. 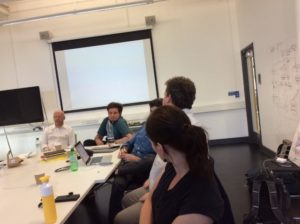 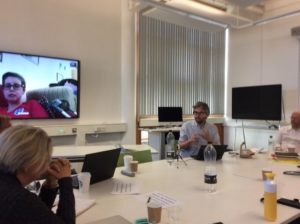 Martin Keegan and Rupert Gatti presented progress so far against the original goals. The intention of this subproject was to create a system which would allow the standardisation of publication metadata across publishers involved in the project, with the potential for this data to be shared across publishers. The purpose of this was to potentially enable:

A basic version of this system has now been completed, with the planned original functionality working well, although the development of the User Interface (UI) that will allow the database to be engaged with more easily by non-expert users, as well as installation instructions, are still being worked on, due to be completed by the end of the summer. The project is being archived on GitHub. This will be publicly shared on a fully Open Access basis as soon as a usable version is ready. The first three goals will be achieved shortly, including the public showcasing of the shared online catalogue. The fourth, the creation of a recommendation engine, is an add-on project for which the group aims to apply for additional funding.

A prototype of the collective conference presence was presented at the workshop, and subsequently trialled at the Radical Open Access II conference the following day. It aims to be a pop-up platform able to be easily transported to and rapidly deployed at relevant conferences attended by conference members. This will allow one press to represent the entire collective at a conference, increasing the reach of all participating presses as well as introducing the collective as a non-competitive association of presses. 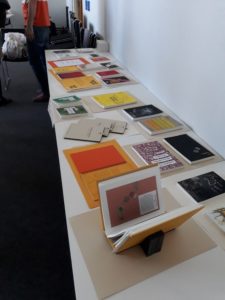 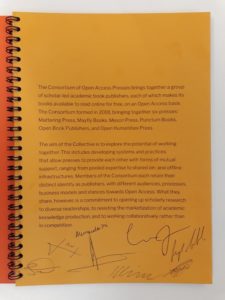 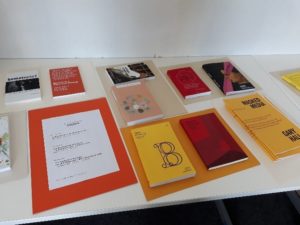 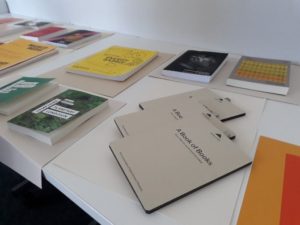 The feedback from conference delegates was extremely positive, with many appreciating the statement that the explicitly collaborative, non-competitive conference presence communicated. Some delegates also expressed their support on social media. For example (tweet available online here: https://twitter.com/librlaurie/status/1011599977628536833): 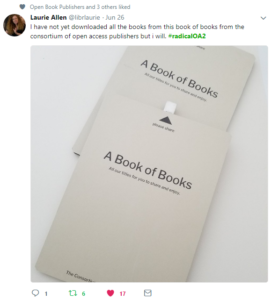 A long-term goal of the collective is to develop a way to integrate more deeply with libraries. This, in our view, is likely to be the single most effective way to generate additional income streams and reduce publishers’ dependence on Book Processing Charges (BPCs). Given full integration with libraries depends on the successful completion of the metadata project, work on this to date has focused on two objectives: (a) establishing the state of existing knowledge amongst the consortium and (b) developing greater direct links with libraries. This work has been supported by Penny Andrews, a PhD student working on the relationship between Open Access publishing and libraries, who has been hired as a consultant. Penny and the team have achieved the following: